Why do writers care about protecting the open Internet and restoring net neutrality protections?

As the Internet has become the modern town square, nondiscriminatory access to diverse and independent news, information and entertainment online is necessary for democratic discourse. The open Internet makes that possible by enhancing competition, increasing consumer choice, and expanding access to independent and diverse content from a wide range of sources.

Writers have benefited from more buyers for their content and increased spending on original online content, while consumers have gained more choices in what they watch and how they watch it. Over a quarter of WGA writers during the 2018-2019 season wrote for more than 100 online video series.

These streaming services must rely on Internet service providers (ISPs) to reach consumers. Unfortunately, the largest ISPs also control the cable and satellite market and have had a vested interest in preventing online video competition from developing or controlling its direction. ISPs have demonstrated that they will limit Internet openness to advance their economic interests.

The FCC’s Open Internet Order of 2015, grounded in Title II of the Communications Act and affirmed by the U.S. Court of Appeals for the D.C. Circuit, was a direct response to repeated actions by ISPs to interfere with consumers’ access to the content, services and applications of their choice. FCC Chairman Ajit Pai’s poorly-crafted order repealing these popular rules in 2017 has proven detrimental to writers and consumers alike. 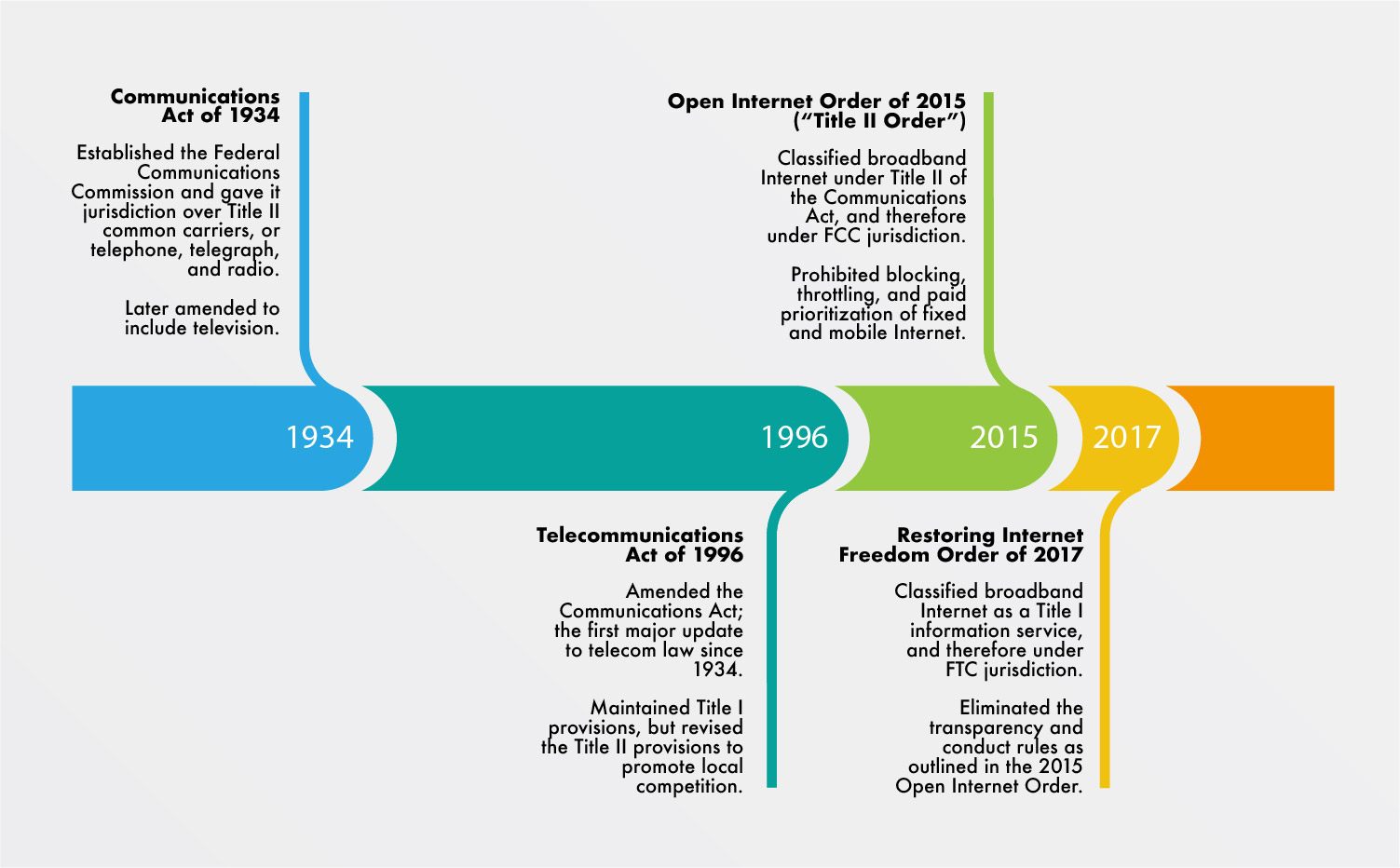 Following repeal of the 2015 Order, Internet service providers have resumed trying to undermine the open Internet through various mechanisms. For instance, ISPs undermined a California fire department’s ability to use their “unlimited” plan during one of the state’s largest fire emergencies in 2018. Wireless Internet providers have been documented slowing down traffic from popular video sites. ISPs have also used data caps and exemptions for their own Internet-based services to harm competitors. Now, these ISPs are calling for their ongoing open Internet violations to be enshrined in law through new bills that fall far short of ensuring real net neutrality.

In 2015, the European Union passed its own uniform rules for net neutrality, which bans blocking, throttling and discrimination between content, applications and services. A recent report on implementation from the European Commission found that the rules have proved both appropriate and effective, improving transparency and accountability from ISPs. The benefits of bright-line rules that prevent differential treatment of content and services and promote competition are clear.

How is the WGAW fighting to save the open Internet?

Commissioner Pai’s repeal of the 2015 Open Internet Order was deeply unpopular with American voters of both parties. The House and Senate expressed their opposition to his actions, through passage of the Save the Internet Act (H.R. 1644 Doyle/S. 682 Markey) in the House in 2019 and bipartisan passage of the Congressional Review Act resolution in the Senate in 2018.

In addition, the WGAW has:

Conversations in Genre: An Evening with Damon Lindelof and Ronald D. Moore