Nickens left an indelible mark on his fellow writers through a prolific body of work and a lifetime of community service. 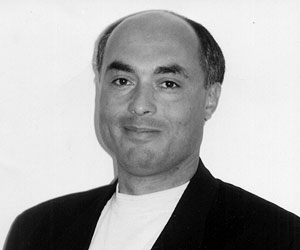 Born January 21, 1949, Daryl G. Nickens was perhaps best known for co-writing the first feature film by a Black writer to open number one at the box-office—1991’s House Party 2, which he co-wrote with Rusty Cundieff (story by Cundieff, based on characters created by Reginald Hudlin). In WGAW history, he is distinguished by his decades of service, and as the posthumous recipient of the 2007 Morgan Cox Honorary Service Award after his passing in 2006.

In a 2007 tribute to Nickens in Written By magazine, former WGAW President Del Reisman described the sense of duty and determination that drove him:

He found that the industry cast too many of our members by their racial or ethnic identity. He never backed off the reality of the way things were done. He went head-on into the problem, joining the Committee of Black Writers the same year he achieved membership. Their purpose, to convince the industry that they should be considered part of the available pool of professionals, each according to his or her skills, became Daryl’s purpose without in the least amending his belief that we must look forward to the day when members of this proud Guild are judged only by their writing. By his own screen and television writing, he achieved that for himself.

Nickens’ feature credits include the award-winning Wonderworks movie You Must Remember This. On the television front, he was a producer of the Emmy-winning PBS series Life 360, and part of the creative team behind the hit HBO animated series Happily Ever After. He also wrote episodes for such shows as The Parkers, Benson, Viper (co-written with Deborah R. Baron), What's Happening Now (co-written with Mike Scott), and The Famous Jett Jackson, in addition to serving as a staff writer on several hit TV series, including A Different World, 227, and Webster.

During his later years, he taught screenwriting at the USC School of Cinema-Television at the graduate level, as well as in the Guy Alexander Hanks/Marvin Miller Screenwriting Program. As a member of the faculty of the American Film Institute's AFI Conservatory, Nickens served as chair of its graduate screenwriting program.

Nickens was a writer’s writer, embodying the spirit of the Morgan Cox award to honor members “whose vital ideas, continuing efforts, and personal sacrifice best exemplify the ideal of service to the Guild.”