The 73rd annual awards ceremony was the first ever of its kind.

After a year unlike any other, the Writers Guilds West and East accomplished another first: staging a joint, virtual ceremony to honor outstanding achievement in writing for film, TV, new media, news, radio/audio, and promotional categories. Accordingly, the show’s theme was “Unity,” because as host Kal Penn said in his opening monologue, “You can’t spell ‘UNITY’ without, what? U-N-I-O-N…plus a T…and a Y…and no O.” 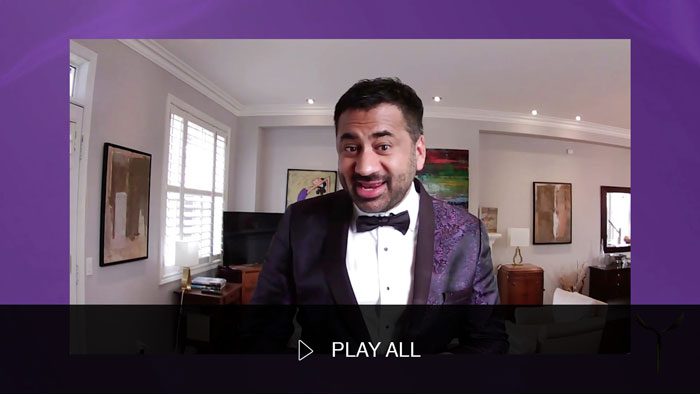 The award for Original Screenplay went to Emerald Fennell for Promising Young Woman (Written by Emerald Fennell; Focus Features). “It’s such an enormous deal to me to even be a member of the Guild,” she said, “and to be nominated alongside such exquisite writers.” The writers of Borat Subsequent Moviefilm received the Adapted Screenplay award (Screenplay by Sacha Baron Cohen & Anthony Hines & Dan Swimer & Peter Baynham & Erica Rivinoja & Dan Mazer & Jena Friedman & Lee Kern, Story by Sacha Baron Cohen & Anthony Hines & Dan Swimer & Nina Pedrad, Based on Characters Created by Sacha Baron Cohen; Amazon Studios). “A film like this is extremely hard to write, partly because it stars real people whose behavior is completely unpredictable,” said writer-actor-producer Sacha Baron Cohen. “Well, apart, of course, from Rudy Giuliani, who did everything we hoped for.”

Ted Lasso took home the awards in the Comedy and New Series categories (Written by Jane Becker, Leann Bowen, Brett Goldstein, Brendan Hunt, Joe Kelly, Bill Lawrence, Jamie Lee, Jason Sudeikis, Phoebe Walsh, Bill Wrubel; Apple TV+). “Thank you very much for choosing us, for ticking that box, in the majority at least,” said actor-writer Jason Sudeikis. “I assume not everybody did, I mean, right? That’d be nuts.” The Crown was tapped for Drama Series (Written by Peter Morgan, Jonathan Wilson; Netflix). “Thank you to all my fellow members of the WGA,” said executive producer Peter Morgan, adding, “Congratulations to the WGA itself for a very successful year.” 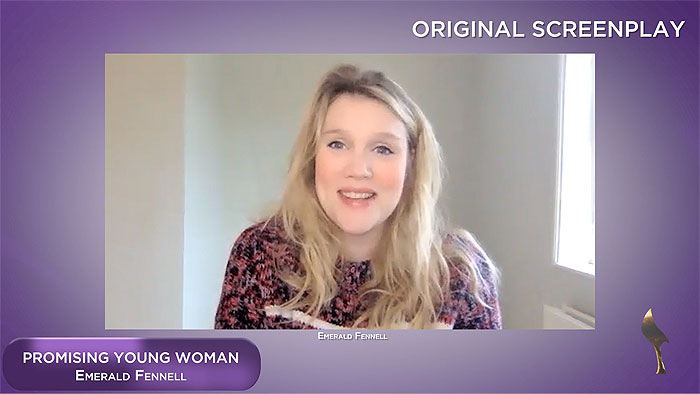 VIEW: A gallery of stills from the 2021 Writers Guild Awards