Four current labor fights every Guild member should know about.

Even the most engaged labor activist can get tunnel vision. This Labor Day, take a look at these important worker struggles happening right now in other industries throughout the country.

Striking Coal Miners in Alabama
Since April of this year, over 1,000 miners represented by the United Mine Workers of America (UMWA) have been on strike against Warrior Met Coal in the town of Brookwood, Alabama.

In 2016, Warrior Met Coal purchased the mine from the previous operator. During that transition, miners saw their healthcare diminished, their wages cut by $6 an hour, and their pensions replaced with 401(k) plans—a contract they accepted largely in order to protect the pensions and healthcare of their retirees. After helping pull their employer out of bankruptcy, UMWA members hoped to recover some of these losses during 2021 negotiations. But Warrior Met rejected UMWA’s modest proposals, including a pay increase of $1.50 per hour over five years, stalling negotiations and pushing the miners into a strike. After multiple unfair labor practice charges being filed by UMWA, Warrior Met is now facing action from the NLRB (Canary in the Mine: Striking Miners in Alabama, The American Prospect; The Strike At Warrior Met Coal, What A Day).

Head to the UMWA strike page to learn more and donate to their strike fund. 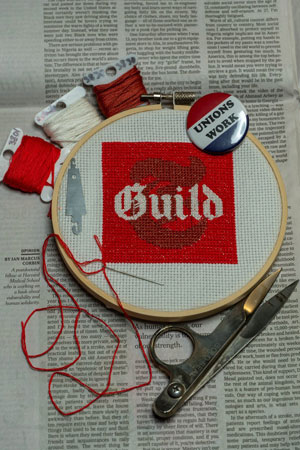 New York Times Tech Workers Fight for a Union
Also in April of this year, a majority of tech workers at the New York Times—including programmers, designers, and project managers—asked The New York Times Company for voluntary recognition of the New York Times Tech Guild. NYT tech workers are organizing to address pay inequities, fight for diversity and inclusion, and to have a voice in an already largely unionized workplace: over 1,000 NYT staffers are represented by the NewsGuild, yet the tech workers have no union. The company has refused to voluntarily recognize their majority support and instead resorted to holding captive audience meetings and fracturing the proposed bargaining unit by stating that certain job classifications do not share community interests, thus forcing the NYT Tech Guild to file for an election with the NLRB. To raise awareness, workers held a half-day work stoppage on August 11 (Tech Workers at the New York Times Want a Union, Jacobin). 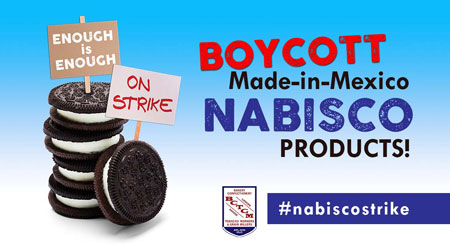 Nabisco Workers on Strike
In early August, members of the Bakery, Confectionery, Tobacco Workers and Grain Millers International Union (BCTGM) in Portland, OR went on strike over changes to work schedules, outsourcing of jobs, and to restore their pensions. During the pandemic, Nabisco’s parent company, Mondelēz International, has reported billions in profits yet continued to demand concessions of their workers in the latest contract negotiations. As the Portland strike continued, Nabisco workers in Illinois, Georgia, Virginia, and Colorado have all joined the picket lines and are calling on supporters to boycott Nabisco products that weren’t made in union shops (‘We’re peons to them’: Nabisco factory workers on why they’re striking, The Guardian).

See BCTGM’s guide on how to support the Nabisco strike.

The Chateau Marmont Boycott
Here’s one happening in our own backyard. In March of 2020, the Chateau Marmont fired nearly its entire staff, leaving many housing-insecure and without access to healthcare. Over 30 former workers have since made allegations of workplace mistreatment, sexual harassment, and racial discrimination. Despite repeated protests, many of the nearly 200 laid-off workers have not been rehired by the famed Hollywood hotel. Workers have called on the film industry to boycott the Chateau Marmont and have received support from Jane Fonda, Alfonso Cuarón, Martin Sheen, and more. Most recently, Aaron Sorkin’s Lucille Ball and Desi Arnaz biopic Being the Ricardos, and Paramount+’s upcoming series The Offer, canceled shoots at the hotel in response to the campaign (Chateau Marmont Owner Faces Expanding Boycott, Loss of Mercer Hotel, Hollywood Reporter).

In late July, we voiced our support for the boycott, with President David A. Goodman stating, “We believe it should be a given that every member of our community be afforded the respect and job security they deserve, which is why the Writers Guild of America West stands in solidarity with the workers at the Chateau Marmont, and their fight for a fair workplace.”

You can support these workers by signing their petition that’s being hosted by UNITE HERE Local 11.