In onscreen depictions of the Guild, members show its powerful role. 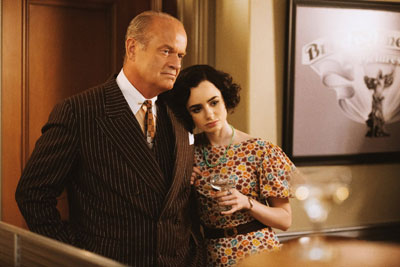 Labor Day provides a fitting moment to observe that WGA members occasionally express appreciation for their Guild by integrating the WGA into movie and TV stories. Sometimes, as in the 2014 romcom The Rewrite (written and directed by Marc Lawrence), the reference is fleeting but pungent. The Rewrite is about a screenwriter named Keith (Hugh Grant) hitting a career slump and accepting a teaching gig in upstate New York. Keith’s new boss, department head Hal (J.K. Simmons), explains that because he used to be a Marine, “I like to follow the rules.”

Some WGA references speak to the role the Guild plays in validating the status of writers. In 1950’s Sunset Boulevard (written by Charles Brackett and Billy Wilder and D. M. Marshman Jr.), script reader Betty (Nancy Olson) searches for faded screenwriter Joe (William Holden) by calling the Guild. And in 1992’s The Player (screenplay by Michael Tolkin), studio executive Griffin (Tim Robbins) figures out which screenwriter has been harassing him by looking up names in the Writers Guild Directory. (Yes, long before Find A Writer, the Guild used to publish a hard-copy directory every year!) Griffin identifies his tormenter because the man has no produced credits, and therefore must be embittered. “Gotcha!” Griffin exclaims. 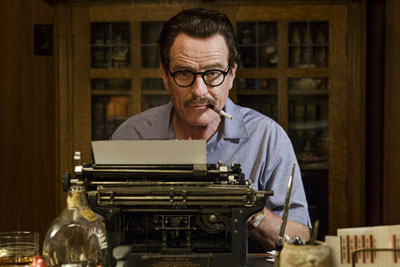 An entire episode of the 2016–2017 series The Last Tycoon (developed for television by Billy Ray, based on the novel by F. Scott Fitzgerald) revisits the WGA’s early days. In the episode “A More Perfect Union” (written by Anna Fishko), 1930s studio bosses reel when the leader of the Screen Writers Guild (a predecessor to the WGA) helps organize a walkout. During a subsequent board meeting, Pat (Kelsey Grammer), nominal head of fictional Brady-American Studios, blusters about the striking workers: “They’re just children having a tantrum to embarrass me.” “Well,” replies board member Cornelius (Bruce Davison), “it worked.” As happened in real life, the activism depicted in The Last Tycoon showed writers making progress by standing together.

Another important page from Hollywood history gets dramatized in the 2015 biopic Trumbo (written by John McNamara, based on the biography by Bruce Cook). Trumbo explores how the title character transformed from Hollywood’s highest-paid writer circa the early 1940s, to a man without a name during the anti-communist blacklist of the 1950s, and finally to the heroic rebel who helped defeat the blacklist in the 1960s. In real life, Trumbo received the Laurel Award for Screenwriting Achievement in 1970 and used the occasion to deliver a speech opining that time had blurred the lines between heroes and villains, leaving “only victims.” The film Trumbo situates the Laurel Award event as the climax of the entire narrative, with a roomful of industry professionals giving Trumbo’s speech a standing ovation. McNamara received the WGAW’s 2016 Paul Selvin Award for Trumbo, an award which honors “that member whose work best embodies the spirit of the constitutional and civil rights and liberties that are indispensable to the survival of free writers everywhere.” 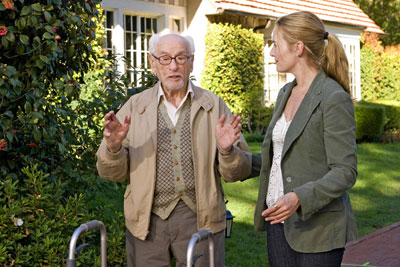 Recognition bereft of political connotations permeates what is arguably the most delightful depiction of the WGA in a major movie. The 2006 romcom The Holiday (written by Nancy Meyers) tells the story of two women who swap houses while recovering from heartbreak—an American travels to London while a Brit temporarily relocates to LA. The Englishwoman, Iris (Kate Winslet), befriends an elderly man named Arthur (Eli Wallach), then discovers that he’s a retired Oscar-winning screenwriter. One day, Iris notices a letter from the WGA in Arthur’s mail, then learns that the Guild wants to arrange a tribute event. Arthur scoffs at the notion, but Iris persuades him to participate, even helping the elderly man through physical therapy so he can climb stairs without assistance. The climax of Arthur’s storyline begins with that triumphant ascension, then continues with the Golden Age great giving a poignant speech from a podium bearing the WGA logo.

Perhaps the ultimate compliment to the WGA’s fierce advocacy appears in 2012’s Argo (screenplay by Chris Terrio, based on selections from The Master of Disguise by Antonio J. Mendez and the Wired magazine article “The Great Escape” by Joshuah Bearman), for which Terrio won the 2013 Writers Guild Award for Adapted Screenplay. Telling the wild story of how CIA operative Tony Mendez used the front of a bogus movie production to liberate hostages from Iran in 1979, the picture is infused with industry satire. At one point, Mendez (Ben Affleck) asks why movie producer Lester (Alan Arkin) needs to option the script they plan to use as part of their scheme. Lester’s caustic reply reveals that Mendez underestimates the reach of a strong union at great peril.

“You’re worried about the Ayatollah? Try the WGA.”