LGBTQ+ Writers Committee Co-Chair Katrina Mathewson shares her reflections on the state of the LGTBQ+ community in the industry and society. 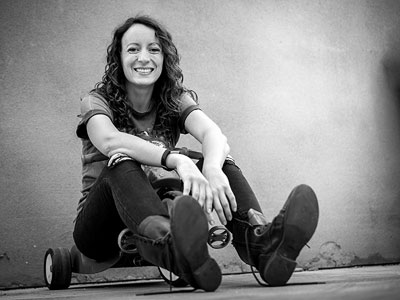 When I was asked to write about what this particular moment means for the LGBTQ+ community, I felt inevitably pulled in two directions. These days, I find myself torn between where we are as an industry, and where we are as a society. Between pride and frustration. Between what it means to be a queer writer in Los Angeles and what it means to be a queer person in this country.

Let’s start there, because our country finally awarded us a long-overdue win.

On the morning of June 15, I cried when I saw the headline: “Supreme Court Says Gay, Transgender Workers Are Protected by Federal Law Forbidding Discrimination.”

Though this was a historic victory for LGBTQ+ people across the United States, the decision will not greatly affect my day-to-day life. As a screenwriter, I’m fortunate that my source of income isn’t threatened by my sexual orientation.

There are countless LGBTQ+ individuals who have lost their jobs, or been discriminated against at work. There are even more who have stayed in the closet for fear of either, or both. Now, they can breathe a sigh of relief.

There is still no federal law that consistently protects us from housing discrimination—at least until the Equality Act is passed. The Supreme Court ruling will have no effect on the ban of transgender people serving in the military. And let’s not forget the headline we woke up to only three days prior, on June 12: “Transgender Health Protections Reversed by Trump Administration.” This news came during a pandemic, in the middle of Pride Month, on the fourth anniversary of the Pulse shooting, where 49 people were gunned down at a gay nightclub.

This year, marching in Pride meant marching for Black Lives Matter. It was an acknowledgment that there can be no pride without intersectionality. For me, it has been a stark and necessary reminder of my own privilege—of my being white, straight passing, abled, and cisgender.

I still find myself pulled back into my bubble. You know the one: the bubble of the entertainment industry. The one we consider progressive, safe, and inclusive. The one we believe is occupied by well-intentioned and like-minded individuals. In this bubble, most would agree it’s a good time to be gay.

GLAAD’s latest “Where We Are on TV” report showed that LGBTQ+ representation is at an all-time high. We’re seeing more bisexual, trans, and non-binary characters. We’re seeing more queer people of color and queer people with disabilities. We’re telling stories that don’t exclusively focus on coming out or trauma. We’re giving awards and honors to films that are about us, and made by us.

There’s a lot we can be proud of.

I’d argue that a key element of Pride is acknowledging the work that needs to be done.

There are still shows with queer characters on the screen, but no queer writers in the room. There are showrunners and studio heads who don’t consider the benefit—the need—for trans voices unless it’s a trans story. There are lesbian and gay writers who are hired for their point of view, but aren’t valued beyond that very singular perspective. Even when this happens, we still feel fortunate to have been hired at all.

Like many other LGBTQ+ writers, I have been told that my queerness isn’t a priority in a writers’ room. Perhaps it’s because—according to a Gallup poll from last year—US adults estimate that nearly one in four Americans are gay or lesbian, so we don’t view queerness as inherently diverse. (Considering the actual estimate is closer to 4.5% of the population, I’d beg to differ.)

You see what I mean about being pulled in two directions?

As an LGBTQ+ person—both in the context of entertainment, and in the context of the world—lately it seems as though every “win” is immediately countered by a “loss.” Sometimes it’s a loss of our freedoms, and sometimes it’s a loss of life. Sometimes the loss is seeing a harmful trope perpetuated on screen—one that could’ve been caught if a queer voice had been in the room. The whiplash between joy and despair is both dizzying and exhausting.

It helps to remind myself that progress is rarely linear. It is not always straight. (See what I did there?) But as long as we keep moving forward, keep pushing for change, keep learning and un-learning—that’s what matters. There’s a long road ahead, but we’re heading in the right direction.

Katrina Mathewson serves as co-chair of the LGBTQ+ Writers Committee, alongside Co-Chair Spiro Skentzos and Vice Chair Chelsea Steiner. Last April, in the name of self-advocacy and authentic representation, Katrina and a few other members of the Committee co-created the Rainbow Pages, an independent database of LGBTQ+ writers. Please feel free to browse, share, and continue to uplift queer voices.

Financial Peace Isn't About a Budget