Feature writers discuss how the pandemic has affected their work, speculate on what kinds of stories will see theatrical release moving forward, and offer practical advice on pitching and staying focused.

As the world tentatively and incrementally edges toward a next, less restrictive stage of the COVID-19 pandemic, there are seemingly infinite versions of the same basic question: How do we do something we did before, both in lockdown and going forward? In showbiz, for example, how will feature films be written, produced, and distributed? Unlike television writers, who usually work in groups or rooms, feature writers often either work alone or in two-person teams.

Connect spoke with Stephen McFeely, who co-writes Marvel movies with his partner Christopher Markus; Mulan writing team Elizabeth Martin and Lauren Hynek (screenplay by Rick Jaffa & Amanda Silver and Hynek & Martin); and Dark Waters writer Mario Correa (screenplay by Correa and Matthew Michael Carnahan). Through email, they offered practical advice for staying focused and avoiding the perils of pitching during a pandemic, and mused on everything from what kind of movies are likely to get made moving forward to the simple curative power of a good cat video.

How has the pandemic affected the way you work? 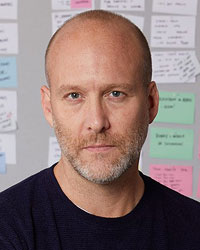 Stephen McFeely: When the lockdown came, my writing partner Chris Markus and I were in the room working with Joe and Anthony Russo on our next project—revising an outline, breaking story and the like. It took us a couple weeks to get up and running, but the four of us are back at it now, via video conferencing. Seems to be working, although I miss my precious white boards.

Mario Correa: Before this, I rarely worked from home; I was always writing in coffee shops or, more recently, at a shared but very open workspace. I had to teach myself to just sit at my dining room table and not move and that took some getting used to. Week seven of quarantine I finally turned the dining room into a real home office—bookshelves and whiteboards and such. And honestly, that’s been the biggest help. I needed to make my home feel like a workspace, and now, for better or for worse, it does.

Elizabeth Martin and Lauren Hynek: The way we work has actually stayed pretty much the same. We work in WriterDuet while we have a Skype or Zoom or Google Hangout window open so we can see each other and discuss things as they come up. (For those who are unfamiliar with WriterDuet, it’s like a Google Doc but in screenplay format—we are both typing in the same document at the same time. It has changed our lives.) Everyone home all the time provides additional challenges. Lauren is a mom to a toddler who could understand “mommy is leaving for work” on days we had meetings, but now she knows mommy is home—she just thinks mommy is locked in the guest room ignoring her. That’s an extra heartbreak a few times a day.

But overall, we’re getting things done. This is where our team advantage really comes through—there’s someone counting on us to get our butt in the chair and write, when all we want to do is curl up on the couch…and someone to share cat videos with when all else fails.

Has the pandemic changed what you’re writing at all, either the tone or the actual content? 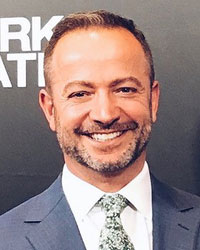 McFeely: No, not really. We were already breaking a big, four-quadrant popcorn movie. If anything, as this goes on, I am more convinced that people will crave some escapist entertainment when it’s all over.

Correa: The pandemic hasn’t changed what I’m writing, but it has given me more time to think before I write. I don’t have kids, so I find myself on many days with uninterrupted time and that is a real gift, of course. I’m working on a limited series pilot that I’d been researching for a number of months before the pandemic and the executives with whom I’m working have been incredibly generous in giving me this space. The story is based on real events, so I can’t let the pandemic change the tone; then again, who knows what creeps into our writing subconsciously.

Martin and Hynek: Most of our work is period or fantasy, so we get to write in worlds that are unaffected by the pandemic, but for the things that are set in the here and now, it’s pretty hard to ignore it. The pandemic has inspired a different villain plot in one of our pitches—the world is changing, so we might as well use those changes. We are pretty genre agnostic; we love all kinds of stories. The unifying themes in almost everything we write are teamwork and hope for a better future. Now, more than ever, we’re leaning into that.

How do you think the pandemic will affect the kinds of stories that see theatrical release going forward?

McFeely: Well, it seems like the theatrical model might change, for sure. Marvel movies will still be made for the big screen and international audiences, but smaller movies will undoubtedly find more willing audiences waiting at home. Seems inarguable that the quarantine will encourage the industry’s willingness to release digitally.

Correa: I’m not breaking any news here when I say that I think it’s going to lead, in the near term at least, to smaller, more self-contained productions. I started my career as a playwright, and I’ve been contacted about whether I have any previously written plays that would lend themselves to these kinds of smaller productions, since there’s no such thing as a Marvel play (Spider-Man: Turn Off the Dark notwithstanding).

Martin and Hynek: We believe that people are going to be hungry for in-person group experiences once it’s safe to share space again. But there’s no question that, for a while, more things will come out on streaming services than in the theaters. Hopefully, it won’t be a long-term shift, but it’s obviously somewhat dependent on what kind of human and physical infrastructure is still in place after a prolonged shutdown. Hopefully theaters can (with government support) hibernate for a bit and then come out even stronger. But, since we don’t know how long all of this will go on, for our original projects, we’re looking at feel-good stories that require limited casts and locations, things that will hopefully make them easier to shoot—as well as being the kind of content we think people are craving right now.

Do you have any advice or specific practical tips for feature writers working during the pandemic or pitching via videoconferencing? 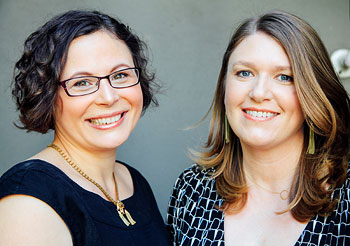 McFeely: Really, really get comfortable with the mute button.

Correa: I don’t relish pitching at a time like this. So much depends on the energy of the room, and Zoom is an absolute room killer. But development is one of the few things that seems to be going on at a fairly normal clip, so we do have to adjust. When I recently pitched via Zoom, I took a long walk outside beforehand to get myself in the headspace of being out in the world again. It helps to remember that it’s the world outside that we’re writing about, not the world inside these four walls.

Martin and Hynek: Take breaks. Video can be exhausting. Naps are amazing. We’ve also moved to working six days a week, but slightly shorter hours— trying to take real lunch breaks and quitting by five instead of our old ways of working through lunch and not quitting until six. Depending on our meeting schedule, that doesn’t always work, of course.

We’ve done Zoom pitches for two projects so far, and we’ve pitched two other projects over the phone. Video was way better than the regular phone since you can actually see people’s faces and tell who’s talking. In our opinion, try to avoid phone pitching.

Either way, keep the pitches short. When we’re in the room pitching a feature film, the pitch usually runs 30–45 minutes. Over the phone and Zoom, 15–20 has felt way better, so we’re trying to cut out details and leave more room for follow-up questions and discussion.

Set deadlines, even if they’re just for yourself. Maybe get a friend to bug you to turn in a draft. Being beholden to someone helps with the motivation. Sometimes we’ll set meetings before we’ve got the work done on the pitch just to give ourselves a deadline to aim for.

Remember that it’s all hard and be gentle to yourselves.

Your Place or Mine: Guild Screenings Q&A with Aline Brosh McKenna