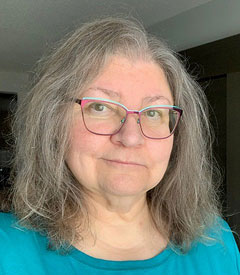 On Wednesday, the eve of the 30th annual International Day of Older Persons, the WGAW Career Longevity Committee (CLC) released an open letter taking the entertainment industry to task for systemic discrimination against older writers. The mission of the CLC is to assist writers of all ages in planning for long, successful careers, by giving them the tools and information to adapt to changes in the marketplace.

On Tuesday, September 8th 2020, The Academy of Motion Pictures Arts & Sciences issued a ruling that in order to qualify for the Best Picture category a film must meet a set of standards that are “designed to encourage equitable representation on and off screen in order to better reflect the diversity of the movie-going audience.” This list of standards includes “racial and ethnic groups, women, LGBTQ+ and people with cognitive or physical disabilities or who are deaf or hard of hearing.”

Conspicuously missing was any reference to age.

For decades, members of the Writers Guild of America have lived under the burden of this painful reality – that older writers are the only diversity category that it is socially-acceptable to discriminate against. Hollywood has not even created the façade of pretending to include older writers in the workplace. Diversity programs sponsored by the Writers Guild have been able to find employment and representation for members of all other categories – except for older writers.

Without representation, it is difficult for writers to submit their material to buyers or be considered for staff positions in television. The process of signing a release of all rights in order to submit a script without representation does not result in meaningful consideration because it lacks the “endorsement” of an agency or management company. As a result, older writers are shut out of the marketplace because of arbitrary metrics that can all be traced back to blatant discriminatory practices that are used against all protected class members.

Furthermore, when the industry references older writers, it is through the same language that has historically been used to defend racist hiring practices. Reasons for not hiring older writers include, but are not limited to:

It is also worth noting that in the years before parental leave was mandated by law, an entire generation of women lost their careers once they started having children. The aforementioned reasons were used as the excuses for not hiring them.

The ranks of older writers include men, women, LGBTQ+, Black, Indigenous, People of Color (BIPOC) and the disabled. We are a complete cross-section of demographic representation. We have participated in committees, seminars, panels, classes, access programs and contests. Throughout all of that, we have watched the perpetuation of hiring practices that include all other protected classes while older writers remain excluded. In the shadow of the glaring exclusion from the Academy’s gesture at conquering discrimination, older writers are speaking out in a unified voice.

We are no longer willing to be silent co-dependents to the discriminatory practices in the entertainment industry.

It is a violation of Federal law to discriminate against anyone on the basis of age. Yet, this has become standard operational procedure in Hollywood.

We acknowledge that not all older writers have kept their craft or skills current, which might make them inappropriate hires for specific jobs. However, the industry must acknowledge the fact that not all younger writers have the craft or skills that are necessary to deliver an effective draft or contribute to the story-building process in a writers room, or to deliver a meaningful first draft or rewrite of a screenplay.

We are not the slow and shaky grandparents and we are not the senile elders you see used as plot points in TV and films. We are lucid, ambulatory, life-long learners. We enjoy active social lives. We entertain. We travel. We are sexually active. We use technology. We are effective in the workplace. We have an expansive frame of reference to social, cultural and emotional elements that can inform great storytelling. Most important of all, we comprise the largest percentage of the viewing audience for broadcast television.

The irony for older writers is that when we came up in the industry, we were mocked for being “the kids” who had no experience. Now, our experience doesn’t seem to matter.

If there is any validity to the theory that it takes 10,000 hours to master a subject, many of us have accumulated four times that or more.

The solution to ending this discrimination is simple:
Read us.
Hire us.
Give us a chance to show you that we can contribute in any medium and in any genre just as effectively as any writer on your current payroll.

We deserve sincere, assertive and proactive engagement for the decades of disregard and dismissal the industry has hurled at us.

We deserve across the board access to jobs and continued employment in those jobs.

We deserve immediate and meaningful representation – not merely to be added to a list of clients but to be aggressively marketed to buyers as talented and valued individuals.

We demand the elimination of the “approved writer lists” that are maintained by the networks and studios because they perpetuate discrimination of all protected classes on the basis of age.

We have endured the systemic age discrimination of Hollywood with grace and strength. We have waited patiently as Hollywood remediated other discriminatory practices, hoping that our turn would come. Yet, through this blatant omission by the gold-standard of our industry – The Academy of Motion Picture Arts & Sciences – we have realized that our day of equity will never come unless we stand up, demand it and take action to achieve it

These systemic discriminatory practices have limited our creative, professional and financial potential. They have minimized the contributions to our pension and our ability to access private health insurance coverage. They have limited our potential to purchase homes and build generational wealth to pass on to our children. They have destroyed our sense of value in the professional marketplace. They have deprived our generation of seeing authentic, meaningful stories about and by older individuals.

When you judge us on a fact of chronology rather than our skills, our craft and our potential, you dehumanize us. When you categorize us as a demographic to be dismissed, you ignore the rich, psychographic variety we bring to the table.

We will no longer tolerate the discriminatory practices that fail to provide meaningful, inclusive entertainment content that is created by older writers. We deserve stories in all genres – stories about older individuals that are accurate reflections of who we are.

The entertainment industry is - and has been - operating in violation of the Age Discrimination in Employment Act (ADEA). This law was enacted in 1967 and has been in effect continuously for the past 53 years. According to the US Equal Employment Opportunity Commission, the ADEA “prohibits discrimination in any aspect of employment, including hiring, firing, pay, job assignments, promotions, layoff, training, benefits, and any other term or condition of employment.”

The United Nations has designated October 1st as the International Day of Older Persons. This year marks the 30th anniversary of this International Celebration – yet, the United States has never seemed to notice. There are no events to commemorate the celebration. The media does not cover the story. However, the UN is using the International Day of Older Persons to usher in The Decade of Healthy Ageing (2020-2030) as “an opportunity to bring together governments, civil society, international agencies, professionals, academia, the media, and the private sector for ten years of concerted, catalytic and collaborative action to improve the lives of older people, their families, and the communities in which they live.”

It is time for Hollywood to do the same.

It is time for Hollywood to make amends to older writers.

It is time for Hollywood to comply with the law.

Your Place or Mine: Guild Screenings Q&A with Aline Brosh McKenna