From ‘90s indie queer cinema breakouts like Poison (written by Todd Haynes) and Go Fish (written by Guinevere Turner and Rose Troche) to 2000s commercial and critical breakthroughs like Brokeback Mountain (screenplay by Larry McMurtry & Diana Ossana, based on the short story by Annie Proulx) and Moonlight (screenplay by Barry Jenkins, story by Tarell Alvin McCraney), LGBTQ+-themed films have had an increased presence over the decades, even if they’re not always written by LGBTQ+ writers.

But if you’re an out person in Hollywood, how do you sustain a feature career as a LGBTQ+ writer working in the entertainment industry in 2021? What are the challenges of selling LGBTQ+-centered scripts in today’s marketplace and bringing them to the screen as attitudes and business models change? And what defines a “gay movie”—is it the narrative and characters, the identity of the writer who creates them, or both?

On Thursday, January 28, WGAW’s LGBTQ+ Writers Committee hosted “The Gay World of Feature Writing,” an illuminating virtual panel featuring LGBTQ+ screenwriters, who discussed their philosophy and craft as writers, achieving authentic representation within a heteronormative industry, and the future of queer cinema—whether it’s queer by story or by who wrote it. 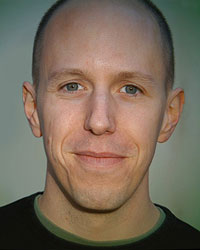 The topic was particularly timely; the 2021 GLAAD Media Award nominations were announced on the same day as the Guild’s panel, with several panelists receiving GLAAD nominations, including Wu for The Half of It (Outstanding Film – Limited Release), Duvall for Happiest Season (Outstanding Film – Wide Release), and Ball for Uncle Frank (Outstanding TV Movie). As GLAAD President & CEO Sarah Kate Ellis said in a statement: “This year’s nominees remind us that even in times of political and cultural division, diverse LGBTQ representation and visibility can enlighten, entertain, and create lasting change.”

Connect sat in on the panel to gather some of their insights.

How can you sustain a successful writing career while being openly gay? Many writers think it’s not possible, which is why so many still remain in the closet.

“As someone who is primarily a feature writer, I’ve been out since the very start, so it was never even a question,” recalls August. “Even though I had worked before, the first script that got me noticed was Go, which, while it’s not considered a gay movie, has central gay characters, so that put me on the map to do a lot of different kinds of things. Before Go, I’d been pigeonholed as a guy who wrote movies about gnomes, dwarves, elves, and Christmas, so I really took advantage of the chance to write other kinds of movies. Charlie’s Angels isn’t technically a ‘gay movie,’ but it’s a pretty damn gay movie. So I had a chance to write a lot of gay-ish movies, even if they weren’t explicitly queer.”

Naturally, LGBTQ+ writers aren’t limited to penning only gay-centric films: “The stuff I’ve written for myself, like The Nines, [have] central gay characters, and the two projects I’m working on now feature central gay characters, so it’s great to have those opportunities, but I’m mostly writing bigger, four-quadrant family stuff. So you do what you can, but I’m not trying to shoehorn in stuff that’s not going to make it to the screen.”

That said, there are things writers can do to increase inclusion and representation, however subtle. Even in the major studio blockbuster world, August has sought to “sneak in” gay characters—for example, in the 2005 hit movie Charlie & the Chocolate Factory, two men are walking a dog in one scene, and August wanted them to be a gay couple. “While it’s not called out, I wanted to make sure they exist in that world.”

How hard is it to get LGBTQ+ films produced and into the marketplace? What are the challenges you face in bringing these types of films to the screen? 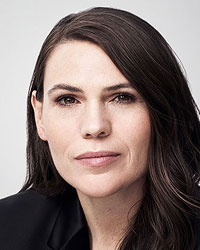 Filmmaker Wu doesn’t necessarily focus on commercial considerations when she writes a film. “I was a computer scientist until I was 28 before I even thought about making a movie, and both my films don’t really have ‘stars’ in them; they’re very specific. The first film I made (2004’s Saving Face) was an Asian-American lesbian romantic comedy of manners that’s half in Mandarin-Chinese and came out 15 years ago, so it’s like, ‘Who the fuck thought that film would get made?’”

Wu subsequently left the industry to take care of her mother, returning years later to write and direct her latest film. People often ask her if the climate is different now. “When I was writing my second film three years ago, before Crazy Rich Asians came out—just before Hollywood had ‘discovered’ diversity in this huge way—I thought, ‘Well, this film won’t get made either—or it will take five years to get made.’”

She adds, “I write from a really personal place. I write to understand myself and the world.” Her 2020 Netflix film, The Half of It, is a poignant romantic comedy about a smart teenage girl, Ellie, who agrees to help high school jock Paul win over Aster, his crush, but unexpectedly finds herself falling for Aster.

“Now people are far more interested in people having specific voices, so I don’t know that I’ve changed that much, but I think the world has just gotten bigger,” says Wu. “There is room for the big great straight white romantic comedies, and there’s room for the great whatever huge romantic comedies, and the smaller stories. Some of that has to do with streamers, where there’s just more appetite for risk, but some of it is that our world is also changing.”

August, too, believes streaming platforms now allow for a wider variety of films in the marketplace, including those with LGBTQ+ narratives and characters. “The luxury of Netflix is that we can make things that don’t have to open to a $100 million box office. They can just be the right kind of movies for the right kind of audience.”

With last year’s Black Lives Matter protests, Wu believes “we hit a moment in the world where a bunch of people are like, ‘Fuck it, I’m just going to say what I think. I don’t care anymore. If I get fired, fire me.’ I don’t think we work in an industry that has historically been friendly to that kind of attitude. Now I think there’s this moment, which I’m very excited about, where people are a little more open to candor. I’m hoping that we push that further, hoping there’s more room for people to be candid, and as long as it’s coming from a place where they’re speaking their truth, the more it opens up voices for everyone, no matter what you’re cultural or ethnic [identity].” 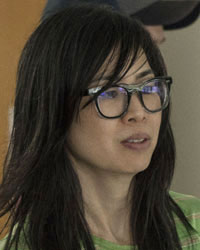 Screenwriter-director-actress DuVall noticed a dearth of LGBTQ+-centric holiday films, so she decided to fill the void by creating her own. The result is her 2020 film Happiest Season, which centers on Abby, a young woman who plans to propose to her girlfriend, Harper, at Harper’s parents’ home over Christmas, until she discovers that Harper is not yet out to her family. The film was originally set for a theatrical run via Sony/Tristar, but ultimately premiered on Hulu over Thanksgiving, where it garnered favorable reviews and high ratings, proving an appetite, as well as an untapped market, for LGBTQ+ rom-coms.

“It started with the characters for me—and then staying true to the characters, and then later the conventions of the [holiday movie] genre,” said DuVall.

For multi-hyphenate DuVall, making the transition from in front of the camera to behind it was not a major leap: “Starting out as an actor or character has always been my way in to stories and knowing what you have to do in that moment as an actor to bring that character to life, so creating characters from scratch [as a writer] didn’t really feel that different to me than stepping into the voice as an actor, ” says DuVall. “The first thing I ever wanted to be when I was a kid was be a writer. I was obsessed with writing when I was a kid, and I would sit in my room and build worlds and write stories.”

Ball’s film Uncle Frank similarly conveys how coming home again can be as complicated, and conflicted, as coming out. Ball grew up in Georgia in the ‘50s “in a very segregated environment,” he says. “My family was not the most sophisticated.” Later, Ball found himself involved in a relationship with a Lebanese man, which “opened my eyes to a lot of stuff … that I didn’t grow up thinking about because I was just a stupid white guy in America.” That relationship informs the film’s central love story between gay English professor Frank’s and his long-term partner Wally, a Saudi Arabian immigrant who has to reconcile his own sexuality and identity as a gay man with his conservative Muslim family, religion, and culture.

Should queer characters be played by queer actors—and should queer writers write queer stories and characters? 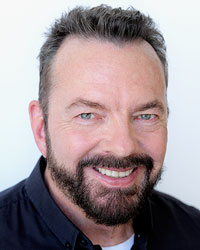 While straight actor Paul Bettany portrayed the titular gay character in Uncle Frank, Ball says “so many things have to be taken into consideration” when casting a role for a film, including an actor’s box-office draw, noting that “the fact that Paul Bettany was a part of the Marvel cinematic universe was part of what made financiers fund our movie.” While Ball says he did meet with several gay actors for the part, he notes that since Bettany’s father is gay, “he understood [the material]” and now that the film is out, “I can’t imagine anyone else playing that part.”

It can be a loaded, complicated question. DuVall herself asks, “As an actor, I’ve played straight roles, and should I not play straight roles because I’m a gay person? There’s not a hard-and-fast rule of what the right answer is with this. I think it’s really case by case.”

Wu recalls she has often been asked, “’Oh, couldn’t you find lesbian actors to play these roles?’ The thing is: I’m not even sure it’s legal to ask an actor coming in, ‘Are you gay or not?’”

Similarly, below-the-line, when selecting her crew to shoot The Half of It, “I ended up choosing the best people for the job—and they all just happened to be women,” says Wu. “If you’re only hiring an entirely straight white male crew, maybe you’re not open to the best people out there.”

Adds Wu, “sexuality is more fluid than people think—it’s tricky, as it’s not so binary—so who’s to say? I’m looking for the person who can encompass the humanity of the character, and it could be the straightest person in the world, but they might still understand.”

What are you doing to include transgender characters in your films?

DuVall is currently writing a project which includes a trans character and wants “to be more inclusive in storytelling and always thinking about where the opportunities are, moving forward,” to represent the full spectrum of the LGBTQ+ community. Meanwhile, Ball is “chasing a book that has a transgender character, and hoping they’ll let me write it.”

August is “trying to be more mindful about all the characters in the script I’m writing right now, what makes sense, and are there opportunities here that I’m not considering, making sure I’m not closing any doors that shouldn’t be closed. Even if a [trans or non-binary] character is not the central character [in a film], there could be a good opportunity for some representation that otherwise wouldn’t happen—a person is not going to be cast unless there’s a place for them to be cast.”

The Story of US: Decolonizing Black and Native/Indigenous Narratives